The Other Boleyn Boys 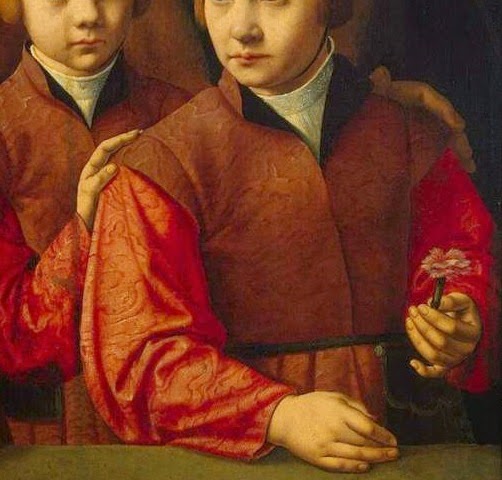 Anne, Mary, and George Boleyn are the famous Boleyn siblings, but there were at least two other Boleyn children who are known to us only by their graves, and a few faint historical traces that leave more questions than they answer.


When I married I had only 50£ a year to live on for me and my wife as long as my father lived, and yet she brought me every year a child.

Thomas Boleyn could have been exaggerating slightly - or some of these pregnancies might not have resulted in living children - but it seems most of Elizabeth's pregnancies occurred early in their marriage, in rapid succession. We know of at least five Boleyn children.

The stories of Mary, Anne and George are well-known ... But what happened to the other Boleyns?

In Saint John the Baptist Church of Penshurst, there's a small brass cross set into the floor over the small tomb slab of "Thomas Bwllayen the sone of Sir Thomas Bwllayen." It's in the Sidney chapel, tucked against another monument, a tiny marker on the floor that's easy to miss.

In St. Peter's Church, Hever, there is the little tomb slab of Henry Boleyn, marked in the same fashion, with a slightly different cross. This grave is set into the floor beside the head of Sir Thomas Boleyn's chest tomb.

Both tomb slabs are very small - only a couple of feet square, and the simple brasses that mark them are stylistically dated to around 1520. Because stillborn children weren't usually named or memorialized, these boys likely lived for at least a short time.

Thomas the Younger - as I'll call him to avoid confusion with his father - might have been the eldest son, based on common naming traditions of the day, but that is not a certainty. Henry's place in the birth order of the Boleyn children is unknown, open to speculation. 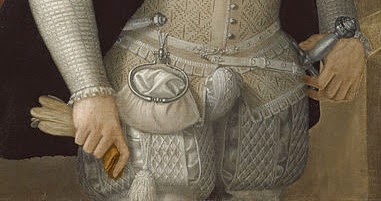 What happened to these "other Boleyn boys?" Based on the size of their graves and the simplicity of their markers, most historians have come to the conclusion that both of them died as infants. However, it's recently been suggested by Alison Weir in her biography of Mary Boleyn that both Thomas the Younger and Henry lived to adulthood.

In the first edition of this book, I stated that Mary's brother, Thomas Boleyn, was buried in Penshurst Church, and that his tomb is marked by a brass cross and the date 1520. 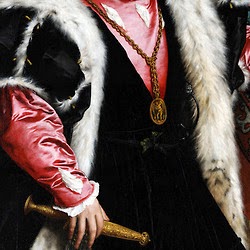 The inscription on the brass reads 'Thomas Boleyn, son of Sir Thomas Boleyn'. That must date the brass to after June 1509, when the elder Thomas was knighted. Brasses were often small, even for adults, so the size of this brass does not necessarily indicate that Thomas Boleyn died in infancy. Indeed, he is likely to have been the eldest son, and if he was the son who went to Oxford University at 17, then he must have been born in the mid-to-late 1490s. After perhaps studying at Oxford, it is possible that he entered the household of the Duke of Buckingham, which might explain his burial at Penshurst. Buckingham, of course, was executed in 1521.

It is possible that these brothers both lived into early manhood; it may even have been Henry who went to Oxford. Two cross brasses of similar date might indicate that they died around the same time, possibly from the same cause. In 1517, for example, there was a severe epidemic of the sweating sickness, which caused high mortality in England, notably in Oxford and Cambridge.

The first problem with Weir's theory is the idea that Thomas the Younger was born in the "mid to late 1490s." We know that Elizabeth Howard was unmarried in 1495, based on the poem written about her by John Skelton. Elizabeth's jointure was documented in the summer of 1501, and jointure was usually settled within a year after the marriage, though there was no exact time limit. Scholars typically place the date of Thomas and Elizabeth's marriage in 1498 or 1499, so 1499 seems like the earliest possible birthdate for Thomas the Younger. He wouldn't have been seventeen, and able to attend Oxford, until 1515 or 1516.

Secondly, there is no evidence of Thomas Boleyn the Younger or Henry Boleyn as adults. Neither is mentioned in the records as being a student at Oxford unlike their brother, George - though it is true that not every student who didn't matriculate is noted. 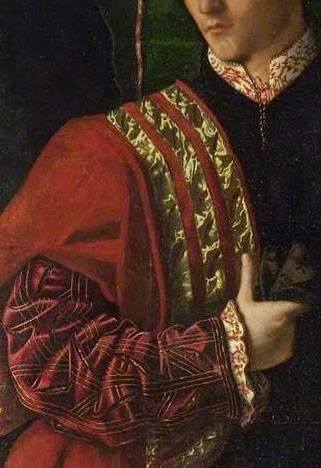 It would be surprising if the ambitious Sir Thomas Boleyn didn't try to get his eldest son a position at court, but Thomas the Younger is not mentioned in the records. We have mentions of Anne and Mary at their respective courts as early as 1514, but no records of Sir Thomas Boleyn negotiating for a fine marriage for his eldest son or attempting to get him a position. The one reference we have, to a "Master Boleyn" attending a court function with his father, may easily refer to George.

Nor are there - as far as I know - any records that show a Thomas Boleyn serving the Duke of Buckingham. The accounts of the duke's household do not mention Thomas Boleyn the Younger (and Buckingham left behind a surprising amount of personal accounts, records, and correspondence.) Thomas the Younger may not have been particularly of note to his contemporaries, but it certainly would have been worthy of mention for later researchers if they discovered his name among the records. 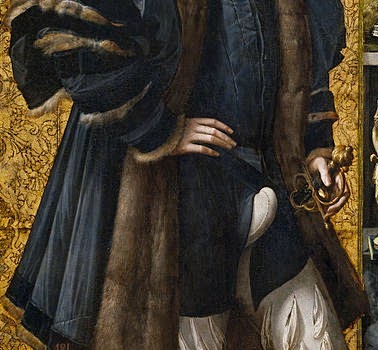 This is not - of course - absolute proof that Thomas the Younger and Henry were already dead, but there isn't any proof they were alive, let alone attending Oxford, or serving the Duke of Buckingham circa 1520.

More importantly, if Thomas the Younger and Henry died in 1520, why were their grave markers so simple, more suitable to infants than a courtier and heir to a wealthy, influential man? Brasses commemorating adults usually showed a figure in prayer.

Nor does this account for the very small sizes of the tomb slabs themselves, which was usually - though not always - large enough to cover the entire length of the grave. It makes little sense that adult Boleyn men would have been buried so simply, under such tiny monuments, at a time when the Boleyns could afford better.

Applying Ockham's Razor to the situation, the simplest explanation seems the correct one in this case. Is it more likely that the two "other Boleyn boys" lived until 1520 while attending university and a ducal court without being noted in any records of the day, died at roughly the same time, and then were buried in different churches beneath tiny tomb slabs bearing the plain, simple markers of infants?

Or is it more likely that Thomas and Henry died young and their tombs were marked later when the Boleyn family had more funds? 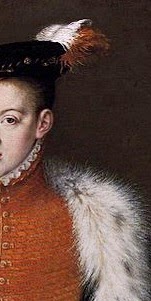 In the Tudor era, graves of infants were often unmarked. It was a time in which a third of children died before age five, and a full fifty percent would not survive to adulthood. Even the children of royalty might lie in unmarked graves. Henry the Duke of Cornwall, son of Henry VIII and Katharine of Aragon, died before he was a month old and was given a lavish funeral in Westminster Abbey, but his grave was unmarked, though the general location is known.

When infant burials were marked, the memorials were usually very simple, such as the brass crosses seen on the graves of the Boleyn boys. Another form was known as the "chrysom brass" that showed a swaddled infant.

That the Boleyns had these memorials installed years after the deaths of their babies implies an emotional aspect to the decision. They weren't under any societal expectation to do so, in other words. They must have marked these graves because they wanted Thomas and Henry to be remembered.

Weir is certainly correct that the brasses cannot date from before 1509 when Sir Thomas Boleyn was knighted. If they do, indeed, date from around 1520 (the word "circa" gives a decade of wriggle room on either side of that number) the brasses likely wouldn't be commemorating infants that recently died. At that date, Elizabeth Boleyn would have been in her forties, and probably was no longer having children. 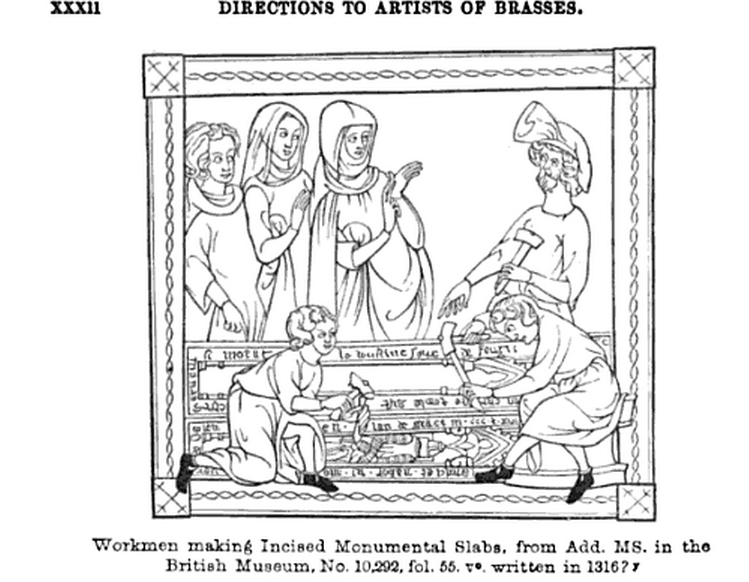 The similarity in the brasses could be put down to the simple fact that they were created around the same time - possibly even by the same workshop - to mark both extant tombs. The cross of Thomas the Younger is more detailed, as would befit a first son, but the inscription plates are nearly identical.

But questions remain. Why was Thomas the Younger buried at Penshurst instead of at Hever with Henry and Sir Thomas Boleyn?

Claire Ridgway at the Anne Boleyn Files speculates that the Boleyn family was visiting Penshurst while Hever was being renovated after Thomas inherited it in 1505. Perhaps that's where Thomas the Younger was born and passed away shortly after birth. She has an excellent video about the controversy. 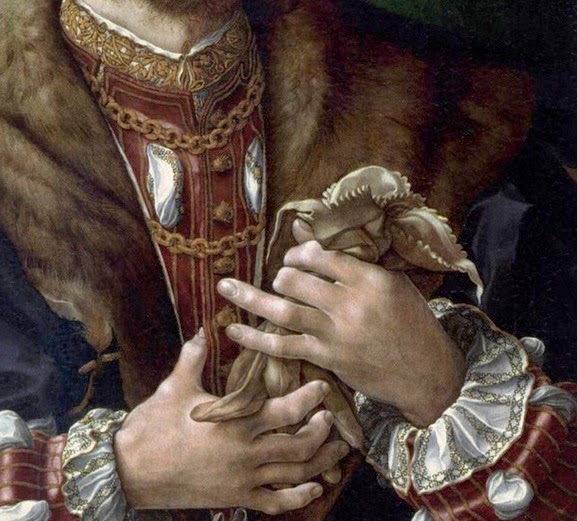 People were often buried where they died, even if they were just visiting. Anne Astley, sister of Elizabeth Wood Boleyn, died in childbirth during a visit to her sister's home, and is buried at Blickling Hall. Elizabeth Boleyn herself is buried with her family at Lambeth, where she may have been visiting when she passed away.

Henry, then, may have been born after 1505 when the Boleyns moved to the castle. The family marked his grave in the Hever chapel after 1509 when his father was knighted. Decades later, Sir Thomas Boleyn's tomb was placed right beside that of his infant son.