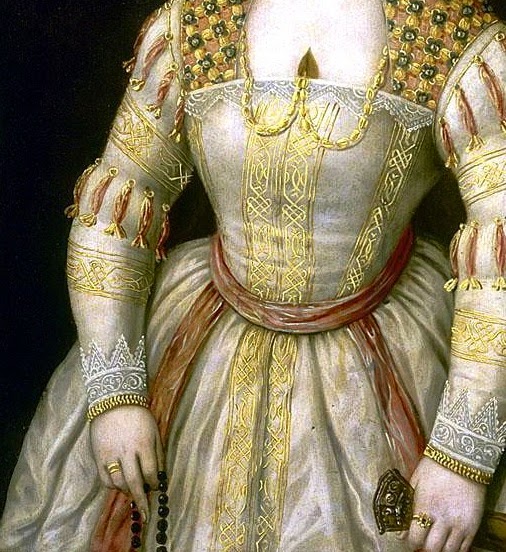 Lady Elizabeth Howard Boleyn was Anne Boleyn's mother. She was the daughter of Thomas Howard, 2nd Duke of Norfolk, born around 1480. (Her brother was also named Thomas Howard, and he's the Duke of Norfolk who was Anne's uncle in Under These Restless Skies.) There isn't a portrait which can be conclusively identified as Elizabeth.

She married Thomas Boleyn around 1498, though we're unsure of the exact date. Elizabeth's jointure was settled on her in the summer of 1501, and jointure was usually settled within about a year of the marriage, though there was no exact time limit.

Elizabeth was currently a "bargain" on the marriage market, likely with a small dowry, because her family was in disgrace. She may have also had a bad reputation.

John Skelton, poet laureate under Henry VIII, wrote a poem dedicated to her in 1495 entitled, To My Lady Elizabeth Howard.

Troilus, I vow, if that he had you seen,
In you he would have set his whole delight:
Of all your beauty I suffice not to write,
But, as I said, your flourishing tender age
Is lusty to look on, pleasant, demure and sage.


Skelton's comparison of Elizabeth to Cressida (who betrayed Troilus) could have been subtly mocking Elizabeth's lack of morals. As Alison Weir says,

Maybe Skelton was merely praising Elizabeth's beauty, but if so, he had chosen a strange and compromising comparison, when there were plenty of others to be drawn. 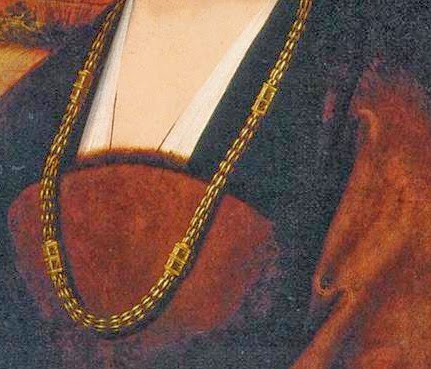 It was rumored while he was trying to get his annulment from Katharine that Henry once had an affair with Elizabeth, to which Henry quickly replied, "Never with the mother." The allegation was raised again by Nicholas Sander decades later, but the date he assigned to the span of the affair would have made Henry only a child at the time. Perhaps Elizabeth's reputation had made her susceptible to rumors such as these.

Unlike the wives of other successful courtiers, Elizabeth did not have a regular position at court. Perhaps this was personal preference, but it could be related to whatever had given her a poor reputation. She is recorded as having gone to court only for a few functions, such as the Field of the Cloth of Gold, and later, to chaperone her daughter, Anne Boleyn. Perhaps she just prefered to stay home with her family. Thomas wrote years later that Elizabeth had given him a child every year, but only three of them survived to adulthood. We know of five children; there could be more whose graves are not marked.

Like most nobles, Elizabeth is likely to have left the care of her children in the hands of servants. According to tradition, Mistress Mary Orchard was their nurse, and there may have been an unnamed French woman who acted as their governess. Mary and Anne were sent away to France and the Netherlands as very young girls, possibly as young as seven for Anne.

If the Boleyn family followed the pattern of most noble homes, the children would have seen their mother only for brief periods to recite their lessons and receive blessings before being sent back to the nursery, before they were sent off to their respective courts.

Elizabeth saw one daughter become Henry's mistress, and the other daughter become his queen. What Elizabeth thought of all of this is unknown. She served as Anne's chaperone while Henry was courting her, to help protect Anne's reputation. There are traditional claims that Anne and her mother were close, and Anne made two recorded remarks about her relationship with her mother, writing to Bridget Wingfield that there was no other woman she loved as much, except her mother, and later in the Tower, Anne said she feared her mother would die of sorrow when she heard the news her daughter had been arrested. Beyond that, we have little information about their relationship. 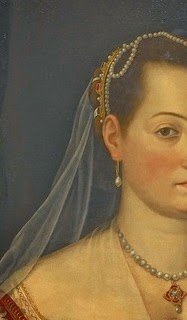 Historian M.L. Bruce says that Thomas and Elizabeth Boleyn disliked their daughter, Mary. She had disgraced their family by becoming the king's mistress, and then later marrying without her family's permission to a man of lowly position. Mary had to write a pleading letter to Cromwell, asking for financial aid. The family eventually settled a pension on Mary. Whatever their personal feelings, they seem to have done their duty to their daughter, albeit grudgingly.

There’s also no evidence either Elizabeth or Thomas tried to help George or Anne when they were charged with incest. That's not proof they didn't, but it seems unlikely they did. Elizabeth had no power at court, and Thomas seems to have tried to distance himself from the affair. Aside from any personal grief, Elizabeth would have been deeply shamed by the scandal, which implied her children were raised to be horrifyingly immoral people.

There may have been a breakdown in Elizabeth's marriage to Thomas after Anne's fall. When she died in 1538 - two years after Anne and George were executed - she was residing in London in a house near Baynard castle. John Hussee had written that Elizabeth was "sore diseased" with a cough in 1536, though whether that led to her demise two years later is a matter of speculation.

Elizabeth was buried with the Howard family in their chapel at St. Mary's, Lambeth, instead of with the Boleyns in the Hever church. Was it her wish to lie with her Howard ancestors instead of the Boleyns?

The church where Elizabeth rests is now a museum. Elizabeth's grave is not visible. It's under the wooden floor of the museum gift shop. The exact location is uncertain - sources say there was once a memorial brass which marked the spot, but that is now lost.