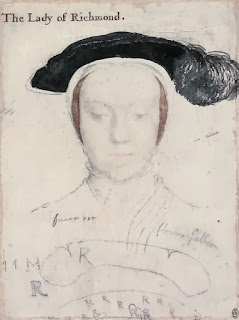 Mary Howard was the daughter of the Duke of Norfolk, and a cousin of Anne Boleyn. She was born in 1519, and appears to have received a very good education for a woman of the day. She came to court as a maid of honor for Anne Boleyn when she became queen, but there's no evidence she and Anne were close.

At some point, it was suggested Mary Howard should marry Henry FitzRoy, the bastard son of the king. It's believed the suggestion was made by Anne Boleyn, who wanted to strengthen her ties to the throne, and make sure FitzRoy's wife would be someone who was friendly to her family interests.

FitzRoy was the king's only son at that point, and before he wed Anne Boleyn, some believed Henry was grooming the boy to be his heir, despite his illegitimacy. Not only did the king take the very unusual step of ennobling his bastard son - something that hadn't been done in hundreds of years - Henry gave the boy two dukedoms. FitzRoy was created Duke of Richmond and Duke of Somerset, as well as Earl of Nottingham, and had an annual income of £4,845, making him one of the richest peers in England. 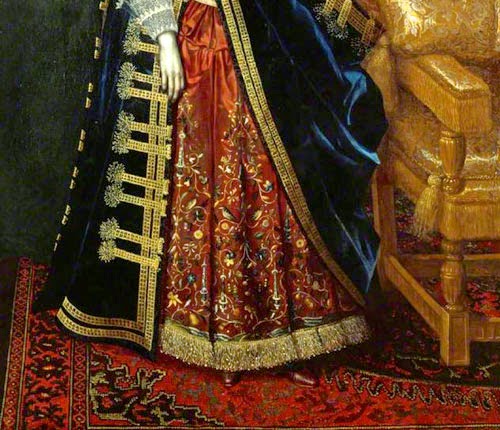 Mary's mother was opposed to the union. The duchess seems to have blamed Anne Boleyn for the breakdown in her own marriage, and refused to have anything to do with her. She wouldn't carry Anne's train at her coronation ceremony and her robes had to be hastily altered for Mary to take on the duty in her stead. But there was nothing the duchess could do to prevent the marriage if her husband endorsed it.

Anne Boleyn's influence or support of the union may have been why the king did not ask for the enormous dowry the marriage of one of his children would normally have entailed. Historian Eric Ives suggests Anne was repaying the support of the Howards by arranging the match on such favorable terms to them. 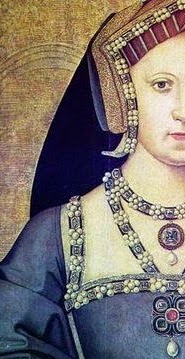 In 1533, FitzRoy and Mary Howard were married at Hampton Court. They were only fourteen years old at this time, and so after the wedding, the young couple were sent back to their respective homes instead of setting up a household together. Henry said he believed his brother, Arthur's, death had been hastened by early intercourse, and so he ordered the young couple to delay the consummation until they were older.

As it so happens, Mary Howard's brother, Henry, was FitzRoy's best friend.The bride and groom had a common interest in literature and poetry. It was a good match, all around, as far as the standards of the day.

Mary was one of the contributors to a book of poetry that circulated in the court, now called the Devonshire Manuscript. It's thought she may have been the owner of the manuscript, because its cover is stamped with the initials M.F for Mary FitzRoy. The only poem in the book written in her hand is one composed by her brother, but she is known to have been very active in the literary circles of the day.
FitzRoy wasn't long for this world. He may have had consumption, or some other respiratory ailment, though it's also possible he was a victim of The Sweat, considering the unseemly haste in which he was buried. Three years after the marriage, FitzRoy died, having never lived with his young wife.

King Henry used the non-consummation - that he had ordered - as a reason to deny Mary the vast estates she should have inherited as FitzRoy's widow. Instead, it all went back to the king. In 1540, after extensive wrangling, Mary was finally granted some properties and an income of £744.

Twice, it was proposed Mary should wed Thomas Seymour, the brother of Queen Jane. The king approved the union and ordered Cromwell to make it happen. But - surprisingly - Mary refused. Her status as a widow gave her a bit more autonomy than a girl still living at home with her parents. Mary packed up and left court.Her brother, the Earl of Surrey, followed her to her home in Kenninghall, likely trying to badger her into it, but Mary wouldn't bend. Surrey thought Mary could use this refusal to her advantage, and Mary's outrage at the suggestion was one of the reasons she later testified against him when her brother and father were charged with treason:

First I have heard by the report of the Duchess of Richmond that the Earl of Surrey should give her advice, upon consultation had for the marriage of Sir Thomas Seymour and the said Duchess of Richmond, that, although her fantasy would not serve to marry with him, yet, notwithstanding, she should dissemble the matter, and he would find the means, that the King's Majesty should speak with her himself; but that she should in nowise utterly make refusal of him, but that she should leave the matter so diffusely that the King's Majesty should take occasion to speak with her again; and thus by length of time it is possible that the King should take such a fantasy to you that ye shall be able to govern like unto Madame Distamps [the official mistress of the French king, who wielded considerable influence over him.] Which should not only be a mean to help herself, but all her friends should receive a commodity by the same. 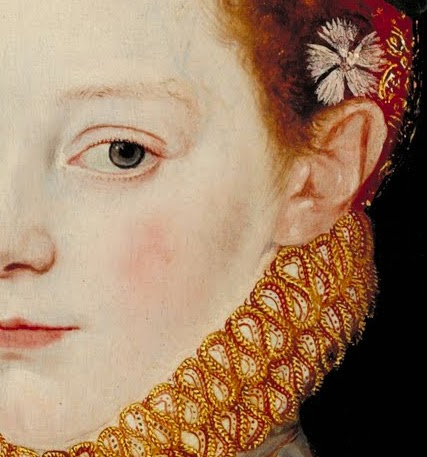 Whereupon she defied her brother, and said that all they should perish and she would cut her own throat rather than she would consent to such a villainy.


In 1546, her father and brother were charged with treason and Mary gave testimony against them

On hearing how the matter stood the Duchess was "sore perplexed, trembling and like to fall down"; but, recovering, she reverently upon her knees humbled herself to the King, saying that although constrained by nature to love her father, whom she ever thought a true subject, and her brother, "whom she noteth to be a rash man," she would conceal nothing but declare in writing all she can remember.

Advised her to use truth and frankness and not despair. Examined her coffers, and closet, but find nothing worth sending, all being very bare and her jewels sold to pay her debts, as her maidens and the almoner say. 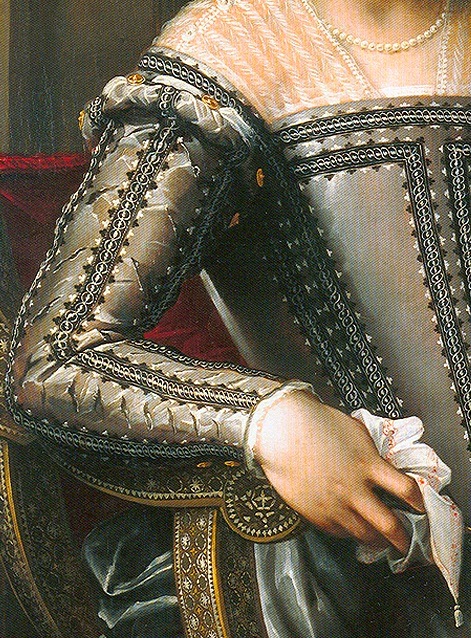 Mary's statements, in the end, amounted to little. She simply didn't know enough to be helpful to the prosecution. She visited her father during his imprisonment in the Tower and the two were later said to be close.

After her brother was executed, Mary took in his children to raise, and apparently did a fine job of it, because she was granted a tidy sum as an annuity by young king Edward, who said he knew of no finer place for the children's education. John Foxe was one of the tutors she employed for them, and Mary became one of the patronesses of the reformed religion. They resided at Reigate Castle in Surrey. (It was demolished in 1648, and nothing remains.)

This did not endear her to the monarch when Queen Mary took the throne, but Mary seems to have kept her head down and lived quietly under the radar. She died in 1557 and was interred in the same tomb with Henry FitzRoy. Her sister-in-law, the Countess of Surrey, served as chief mourner to the woman who had been the foster mother of her children. 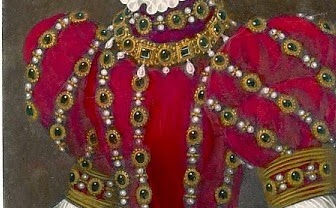 In the 1840s, the always delightfully ghoulish Victorians opened Henry FitzRoy's tomb and examined the remains interred within. You can read the report here.