Catherine Fillol was Jane Seymour's sister-in-law.  She was born around 1507 and married to Edward Seymour before 1519, which would have made her a very young bride at the time of her wedding. No portrait of her survives. Edward would later be elevated to Duke of Somerset after his sister married the king, but at this time, he was simply the son of Sir John Seymour.

The records are scant, and reconstructing Catherine's story involves a lot of conjecture. Something happened during her marriage to Edward. In her father's will, dated 1527, Catherine is excluded from inheriting "for many dyverse causes and considerations ... Catherine nor hir heires of hir boody ne Sir Edward Seymour hir husbonde in any wyse have any part or parcell' of his manors or estates. Instead, Catherine is left an annual pension from the estate of 40£, provided she go and "virtuously and abide in some house of religion of women." In other words, a convent.

In the Tudor era, a marriage could be legally dissolved if one of the parties joined the church. The children they'd had before the end of their union would still be considered legitimate. (This "solution" was urged on Katharine of Aragon to end her marriage to Henry VIII, while leaving her daughter, Princess Mary, still in line for the throne.) Convents of the day varied in their lifestyles. Some were essentially boarding houses for aristocratic women who had ended their marriages or had no marriage prospects. They required a dowry, like a marriage, which explains the bequest in Catherine's father's will. What happened in Catherine's marriage? The issue seems to have surrounded the paternity of Catherine's oldest son, John. Edward received a land grant in 1540, by which time he had remarried, and the grant details the line of heirs for it after Edward's death. The inheritance would first go to the children of Edward's new wife, and if that line died out, it would then go to his second son by Catherine. His eldest son with Catherine - John - is excluded entirely. This is an unusual line of inheritance, to say the least.

The accusation that Catherine was committing adultery is first recorded in the 17th century, in a somewhat fanciful text by Peter Heylyn. He writes that Edward Seymour was taught magic while he was in France, which allowed him to remotely view what was occurring at his home in his absence. In one of these visions, he saw Catherine with another unnamed gentleman in a "familiar posture." He believed the visions so much that he estranged himself from Catherine upon his return and disinherited John. 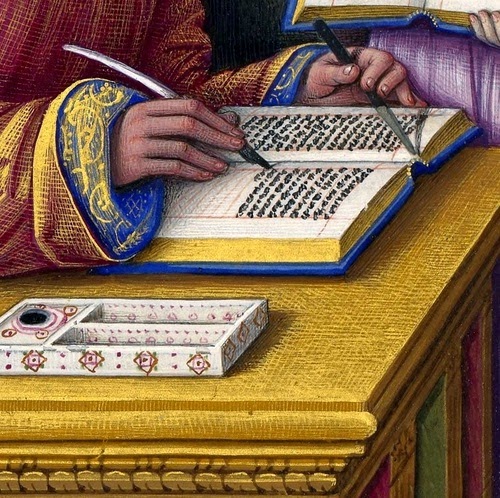 A handwritten note is recorded in the margin of Vincent's Baronage in the College of Arms: "repudiata quia pater ejus post nuptias eam cognovit." Roughly translated, it says, "Divorced because she was known by his father after the wedding." It alleges that the affair Catherine was having was with her own father-in-law, Sir John Seymour.

Some say that the allegation here is a confusion with another illegitimate son Sir John had with a different woman. That son was also named John. The Tudor practice of re-using names leads to great confusion for scholars. There are no contemporary records alleging adultery, nor mention in letters of a scandal involving Sir John and his daughter-in-law. If this affair occurred, it was kept very quiet, and the scandal never touched Jane Seymour when she was courted by the king. 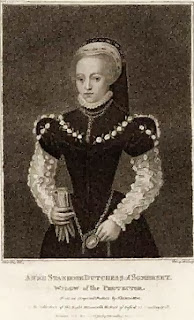 Edward Seymour married Anne Stanhope sometime before 1535, so it is assumed that Catherine did, indeed, retire to the convent, effectively dissolving her marriage to Edward and leaving him free to remarry. No records of this exist, but that's not uncommon in these situations. Edward and Anne Stanhope would go on to have ten more children and become a major power couple after the marriage of Henry VIII and Jane Seymour.

Catherine may also have died before 1535, because there are no further records of her. There is no extant grave, either.

But it would be the descendants of Catherine's son, Edward, who inherited the dukedom after the line of Anne Stanhope's children failed two hundred years later.