The Duchess of Norfolk 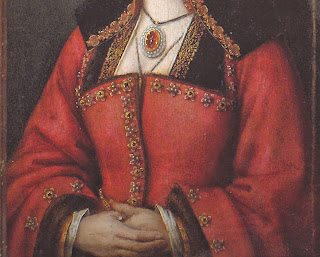 Elizabeth Howard, Duchess of Norfolk, had a difficult and sad life. She was the aunt of Anne Boleyn, wife of Thomas Howard. In Under These Restless Skies, she's simply referred to as the Duchess.

Elizabeth was born to a wealthy and well-connected family in around 1497. She was the eldest daughter of Edward Stafford, Duke of Buckingham.

She went to court in 1509 as a lady in waiting to Katharine of Aragon. In 1513, when Elizabeth was about fifteen years old, Thomas Howard, Duke of Norfolk, approached Elizabeth's father to ask for her hand. The marriage was not what Elizabeth wanted. For two years, she had been promised to Ralph Neville, Earl of Westmoreland, and the two were in love. Elizabeth's father seems to have tried to convince Thomas to marry one of his other daughters, but Thomas wanted Elizabeth. And so they were married. 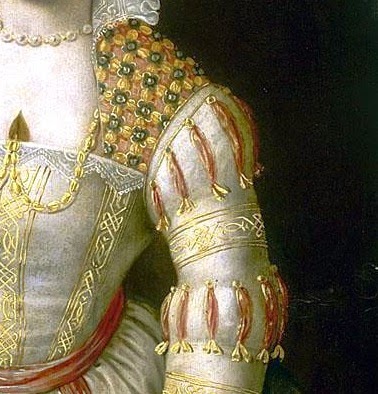 Elizabeth and Thomas had five children, and she later claimed she had always been a dutiful wife to him, and their marriage seemed mutually affectionate to others. However, in 1527, Thomas took a mistress, Bess Holland.

Ordinarily, this would have been an almost expected part of a noble marriage, ignored by the wife and conducted discretely by the husband. However, Thomas wasn't going to keep his relationship quiet. He installed Bess in his family home and demanded she be treated with the same respect and pomp as his legal wife.

Bess was originally one of Elizabeth's serving women. Elizabeth described her in derogatory fashion as the nursery laundress and a "churl," 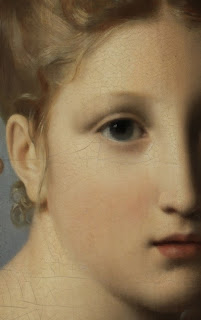 And besides that my daughter of Richmond and Besse Holond is comen up with her, that harlot which has put me to all this trouble, and it is a xj year since my Lord my husband first fell in love with her, and yet she is but a churl's daughter and of no gentle blood, but that my Lord my husband hath set, him up for her sake because he was so nigh akin to my lord Hussey that was late made that died last and was beheaded, and was the head of that drab Besse Holond's blood, and keeps her still in his house and his childer maintain the matter; therefore I will never come at him during my life.

Because of this description, people have sometimes tended to view Bess unsympathetically as a lowly, uncouth washer-woman flaunting her favor in the face of a noble-born Duchess. 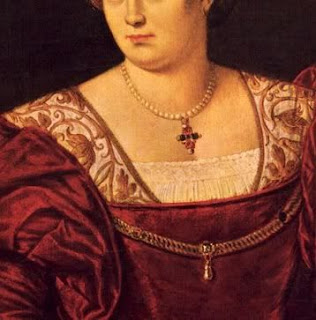 But Bess was more likely a gentlewoman who supervised the care of the opulent wardrobe of the Duchess's children, not someone who scrubbed diapers in the wash house. For one thing, Thomas would have been unlikely to encounter such a lowly servant, the likes of which were generally kept from nobles' sight in distant, unvisited parts of the house. Bess was also the daughter of a man alternately described as Thomas's steward or private secretary, indicating she had quite a bit of status within the household. Bess went to court with Thomas and was appointed to serve as one of Anne Boleyn's ladies.

Elizabeth opposed Anne Boleyn's plan to marry Elizabeth's daughter, Mary Howard, to the king's bastard son, Henry FitzRoy. But Elizabeth had no power to stop the union when her husband supported the idea. All she could do was voice her objections, which she did, to no avail.

And so, she resisted in the areas where she could. Elizabeth refused to attend Anne Boleyn's coronation, which caused a bit of a problem, because the Duchess of Norfolk - as the highest lady in the land after the royal family - was supposed to carry the train of the Queen's robe in the event. That was coronation protocol, not a personal invitation. When Elizabeth refused, the robes that had been made for her had to be altered to fit her daughter, Mary Howard, who took on her mother's role during the ceremony. 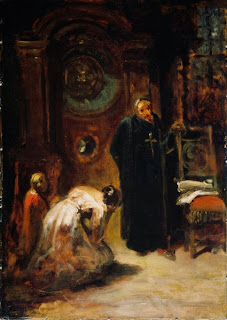 Elizabeth's hostility to Anne finally got her ejected from court and sent home to her estates. Out of sight, Thomas began to increase the pressure on her to get her to agree to an annulment. Elizabeth reached out to Thomas Cromwell for help, writing him a stream of letters to describe her cruel treatment.

She said that while she was recovering from childbirth, Thomas had dragged her from the bed by her hair and cut her with a dagger. When that didn't get the desired results, Thomas had his servants tie her up and abuse her until she spit blood and blood seeped from under her nails. Elizabeth claimed Thomas had taken away all of her clothing and jewels, so she could not escape, and locked her up in one of his country houses.

Her family was shocked and appalled that Elizabeth had dared to air her family's dirty laundry to outsiders. Both Thomas and Cromwell tried to get Elizabeth's brother to take her in, but the brother refused, as did Elizabeth's adult children. Her brother condemned her "wild language" and her "wilful mind."

In the view of the day, Elizabeth should have silently endured whatever her husband did to her, and complaining of her husband's treatment was more scandalous than the abuse itself. Interfering between a husband and his wife simply was not done. Elizabeth was upset by her children's rejection and wrote, "never woman bare so ungracious an eldest son and so ungracious a daughter and so unnatural." 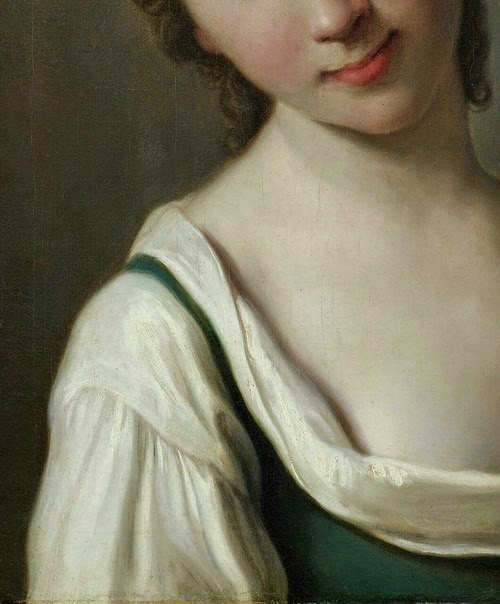 For his part, Thomas claimed Elizabeth was making it all up. "I think the apparent false lies were never contrived by a wife of her husband that she doth daily increase of me." He rejected Elizabeth's offers to reconcile, and also refused to give up his mistress, Bess Holland. He offered to return Elizabeth's jewels and apparel if she would agree to the annulment, but Elizabeth still refused.

In Under These Restless Skies, Elizabeth is one of the women appointed to serve Anne Boleyn in the Tower, because Henry assigned Anne women who were known to be hostile to her. However, it was actually the Dowager Duchess, Agnes Tilney Howard, who was the one assigned to Anne's service.

Elizabeth and her husband remained at this stalemate until 1547, when Thomas was arrested for treason. Elizabeth, Mary Howard, and Bess Holland all testified against him. After his conviction, by Bill of Attainder, her jewels and finery were restored to her, however, most had to be sold to pay her substantial debts. 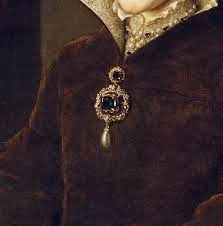 However, the king died before Thomas's death sentence could be carried out. He remained imprisoned in the Tower until he was released by Queen Mary I, but died only a year later. Elizabeth was not given any bequests in his will.

Elizabeth herself died four years later in 1558, and was buried in the Howard chapel. The church has become a museum, and her grave is now concealed under the floorboards of the museum coffee shop.

Email ThisBlogThis!Share to TwitterShare to FacebookShare to Pinterest
Labels: Duchess of Norfolk