There's some confusion in the records regarding Madge (Margaret) Shelton. It's believed that Madge had a sister named Mary, though some scholars have recently proposed the idea that they were the same person. Some speculate that in certain records, the abbreviated name "Marg" was mistaken for "Mary." For purposes of this post, I will treat them as two separate persons.

Madge and Mary were the daughters of Sir John Shelton, born around 1500. Their mother was Anne (Boleyn) Shelton, the sister of Thomas Boleyn. They came to court during the reign of their cousin, Anne Boleyn.

"Pretty Madge" appears to have made a splash at court. Her beauty was renowned, and later, several ladies were compared to her.


[A] few years later when the noted beauty Duchess Christina of Milan was being investigated as a possible royal bride, it was declared in the Duchess’ favor that she ‘resembleth much one Mistress Shelton, late of the queen’s chamber, who had dimples–’pits’-in her cheeks, and was ‘very gentle of countenance’ and ‘soft of speech.’ 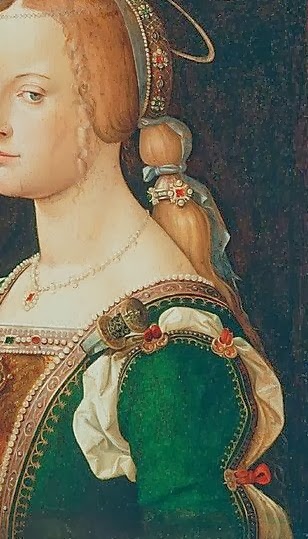 In February, 1535, Madge caught the king's eye. We do not know for certain if she became his mistress, or it was just a flirtation. It's rare we can date the start of one of the king's relationships, and in this case, it's only because Ambassador Chapuys was always looking for any sign the king's affection for "the Concubine" was wavering, and he mentioned the king's new interest in one of his dispatches to the Emperor:


The young lady who was lately in the King's favor is so no longer. There has succeeded to her place a cousin german [first cousin] of the concubine, daughter of the present gouvernante [Lady Shelton] of the Princess.

From what we can tell, it appears Madge's relationship with the king may have lasted as long as six months. Legend has it that Anne Boleyn urged Madge to try to keep the king's attention to lure him away from his infatuation with Jane Seymour.

It seems to us a very cold and calculated move that Anne would pander her cousin in such a way, but if the legend is true, Anne was simply being pragmatic. Anne knew that noblemen of the day usually had mistresses. It was an accepted fact of life for a Tudor wife. And as Anne knew from personal 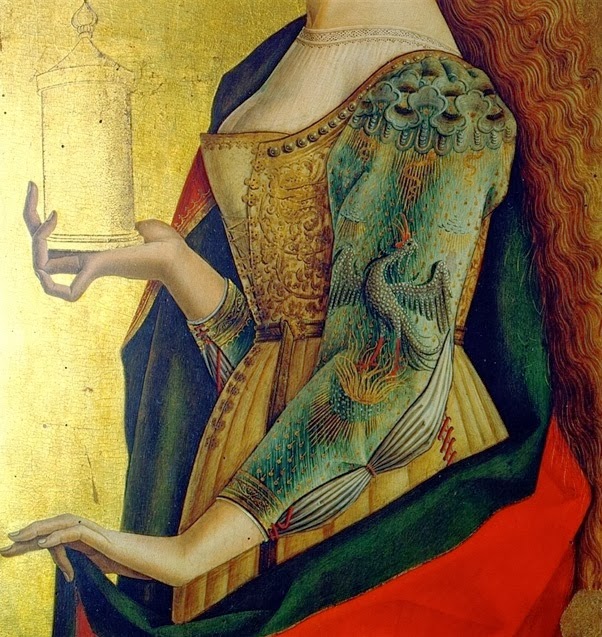 experience, Henry had a habit of heaping honors and wealth on the families of the women he pursued, and punished their enemies. (As an example, Henry canceled an expected knighthood for Anne's brother George, and gave it to a friend of Jane Seymour instead.) If a willing Boleyn/Howard girl could be found, she could minimize the damage, and keep their family in favor.

But the affair was not without consequences. Madge was betrothed to Henry Norris, the king's groom of the stool, but he showed no signs of trying to move forward with the marriage. Perhaps Norris was worried about appearing to poach on the king's "territory," or maybe he was hesitant to marry a woman who was the king's discarded mistress. It could have been, too, that he saw the waning power of the Boleyn/Howard faction and was reluctant to tie himself to the family any more than he already was. In any case, Madge seems to have been troubled by it. 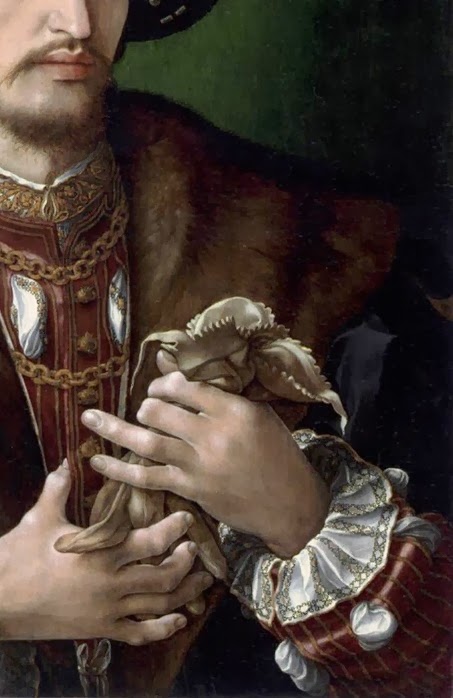 Anne Boleyn noticed, and she also noticed her cousin was being pursued by Francis Weston, a married man who had no business dallying with a betrothed girl. Her chastisement of the two men and their flirtatious responses would eventually be used as evidence to condemn them all.

Some biographical sources say Madge married a man named Thomas Wodehouse after Anne Boleyn's execution, and had seven children before his death in battle in 1547. He was knighted posthumously by the king, and Madge was given the title of Lady Wodehouse. At this point, she fades away from the records.

If - indeed - Madge and Mary were the same person, this is where it gets very confusing. The dates the girls were betrothed/married do not coincide, which leads me to the opinion they were two different people.

Mary was involved in a circle of poets that included Thomas Wyatt, Henry Howard, Margaret Douglas, Thomas Clere, and Mary Howard. She was a heavy contributor to the book of court poetry now called the Devonshire Manuscript. We have a mention in William Latymer's work that Anne Boleyn once chided Madge (or Mary) for writing "idle poesies" in her prayer book.

We're unsure how much of the work in Mary's hand in the Devonshire Manuscript might be her own compositions, as opposed to transcribing other poets. Three of the works in her hand are unattributed. 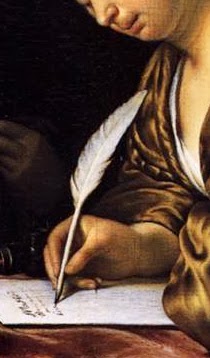 In 1536, Margaret Douglas and Thomas Howard were imprisoned in the Tower when word reached the king they had betrothed themselves without his permission. Margaret was the king's niece - the daughter of his sister Margaret, Queen of Scots - and since his two daughters had been declared bastards, Margaret was in line for the throne. The king was enraged. Thomas was declared a traitor by an act of Parliament and condemned to death. (The Act retroactively codified it as treason to approach any heir to the throne with an offer of marriage without permission of the monarch or council.) He was condemned to death, but the king decided to spare him when Margaret agreed to end the relationship.

Mary's brother was a porter at the Tower, and it's believed she helped to smuggle the Manuscript inside to the two prisoners so they could communicate by exchanging love poems. Thomas died of lingering illness in 1537.


Mary may appear in another fashion in the Manuscript. One of the poems Suffering in Sorrow In Hope to Attain is an acrostic. The first letter of each stanza spells out the name SHELTVN, which some take to mean the poem was addressed to Mary. She has written a quip in response below the poem, "Undesired service requires no hire [wage]."

In the top margin, Margaret Douglas has written a dismissal of the poem, "Forget this." Mary's handwriting retorts below, "It is worthy." 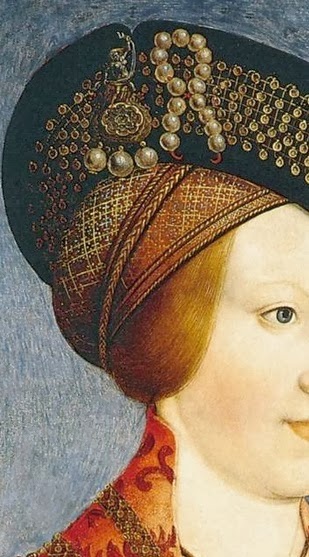 Mary was betrothed to Thomas Clere, and it appears theirs was a rare love match. (Thomas was the cousin of Anne Boleyn and the Sheltons; his mother was Alice, a sister of Thomas Boleyn.) Thomas died before their marriage could be solemnized, but he left Mary some land in his will. Henry Howard, his best friend, seems to have taken Mary under his protection afterwards.

The eulogy poem Henry Howard wrote for his friend mentions her:

Within the womb of Ormonds race thou bred,

And sawest thy cousin [Anne Boleyn] crowned in thy sight.

Shelton for love, Surrey for lord, thou chase;


In 1546, Mary married Sir Anthony Heveningham. With him, she had five children. One of her sons, Arthur, is thought to be an ancestor of Princess Diana. After being widowed eleven years later, Mary married Phillip Appleyard. She was buried in January, 1571 at Heveningham church, Suffolk.