When Did Anne Boleyn and Henry VIII Marry? 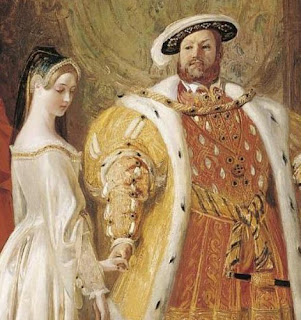 Their marriage literally changed the world, but no one is certain when it occurred. All of the records of the marriage of Henry VIII and Anne Boleyn -assuming there were any - were destroyed, either intentionally after Anne's execution, or by Time's indifferent hand.

Two chroniclers of the day, Nicholas Sander and Edward Hall, claim that Henry and Anne were married on November 14, 1532, right after their return from Calais. During that trip, Francis, King of France, had tacitly recognized Anne as Henry's consort, a very significant win in the battle for their union's legitimacy.

Historian David Starkey agrees with this date. It seems to coincide with the beginning of the couple’s physical relationship. (Coincidentally, November 14 was also the day that Katharine of Aragon wed Arthur Tudor in 1501.) Traditionally, the Protestant faction favored this date because it would mean Henry and Anne's daughter, Elizabeth, was conceived in wedlock. Sander's agreement with the November date is interesting in this case, because he hated Elizabeth, and if he felt he could have tarnished her with the accusation of illegitimacy, it seems odd he wouldn't have taken the chance. 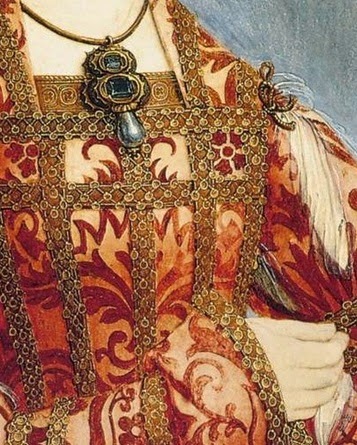 The second date is January 25th, 1533, a ceremony performed in the pre-dawn hours in the gatehouse at Whitehall Palace. According to NASA, January 25, 1533 was a new moon. I wonder if it that date was chosen because their movements to the gatehouse would be under the cover of darkness?

Nicholas Harpsfield writes a narrative of the marriage in which Henry basically bullies Dr. Rowland Lee into performing the service, lying about having a license from the pope. Cranmer wrote a letter citing this date:

But now, sir, you may not imagine that this coronation was before her marriage; for she was married much about St Paul’s Day last, as the condition thereof doth well appear, by reason she is now somewhat big with child.


He goes on to write it was done so privately that Cranmer himself didn't know it had happened until two weeks after the fact. 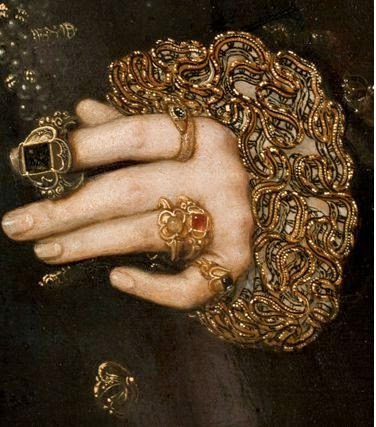 Why the discrepancy in the dates? How can two sets of chroniclers confidently assert two dates so many months apart? Were there really two ceremonies?

Some scholars assert that the first ceremony was merely some sort of betrothal/formal commitment ceremony, after which Anne Boleyn felt it was safe to "give in" and begin a physical relationship with the king.


But why would they have a ceremony that wasn't necessary? All of Europe already knew of their intention to marry, and that intention alone was binding. Henry had even gotten a dispensation from the pope (before he decided the pope had no such authority) to marry a woman whose sister he had slept with: Anne. Had Henry and Anne broken up, both would have needed a dispensation to marry others, simply based on the strength of what had already transpired.

I, personally, do not believe Anne Boleyn would have slept with the king without a marriage ceremony. Nor do I agree with the assessment that Anne was holding on to her virginity only as a way of propelling herself to the throne, and that she “gave in” to the king during this trip to France because she could trust that the crown was safely within her grasp. Whatever her flaws, Anne was a deeply religious woman and I don’t believe she would have slept with the king without being married to him, no matter what assurances she had. Henry, too, wouldn't have wanted to begin a physical relationship with Anne before they were safely married. 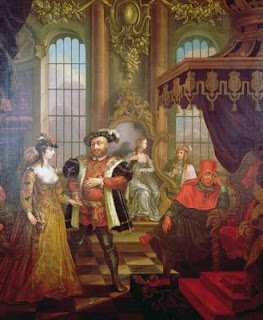 Once he had committed to marry her, Henry wanted his heirs to be born in lawful wedlock. He even staged a monarch's coronation for Anne, to ensure no one could challenge his heir, born to an anointed queen. Getting her "knocked up" before they were lawfully married would have been a disaster. He would not have wanted any hint of illegitimacy to hang over his child's head.

The second wedding was performed once it was discovered that Anne was pregnant. They decided to allay any doubts Anne was his wife by having another wedding on what was indisputably English soil in front of a handful of select witnesses, including Charles Brandon, Henry Norris, William Brereton, and Anne Savage.

The secret wedding after the return from Calais had stayed too secret. The second wedding was also kept a secret until after it was done - they didn't want anyone trying to stop them before the deed was accomplished. And so, they slipped out of Whitehall before dawn, through the moonless dark to the gatehouse, and there they married again, this time, intending to let the "secret" slip when it was expedient to do so. By April, everyone knew Anne and Henry were wed.

Henry didn't do things by half measures. His wife was double-married and in a few months, she would be doubly-crowned, first as a consort and also as a monarch in her own right.