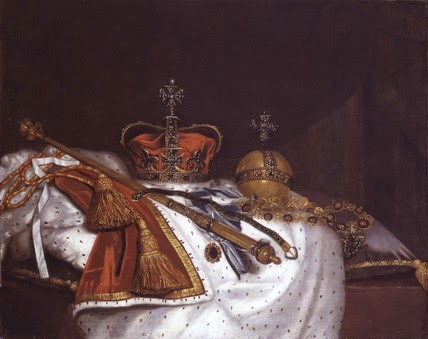 June 1, 1533, was the pinnacle of Anne Boleyn's life, her day of greatest triumph and earthly glory.

It was the culmination of days of pageantry and celebrations, the like of which England hadn't seen in over twenty years, not since Henry VIII himself had been crowned. This spectacle was designed to outshine ordinary coronations, to impress all the world with its grandeur, and to make Anne's position as Queen of England indisputable.

Two days before, she went in an elaborate procession down the river Thames to the Tower, where monarchs traditionally spent the night before their coronation. Miles of barges of courtiers preceded her to the sound of booming cannon and fireworks. One of them held a mechanical dragon which writhed and belched out fire, much to the delight of the crowd lining the banks to watch. Throughout the city, the people enjoyed bonfires, and the city fountains flowed with free wine. Jugglers and fools strolled, entertaining the crowds. 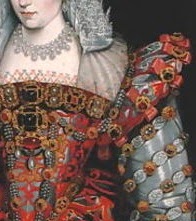 Anne's barge landed at the Tower at the Byward gate, and she joined her husband for an evening in the lavish quarters newly rebuilt for the royal couple. On Saturday morning, Anne began her procession through the city itself, stopping frequently to watch the elaborate pageants put on for her by the citizens of London.

One of these pageants featured a recently recreated song called The White Falcon, in reference to Anne's personal emblem. 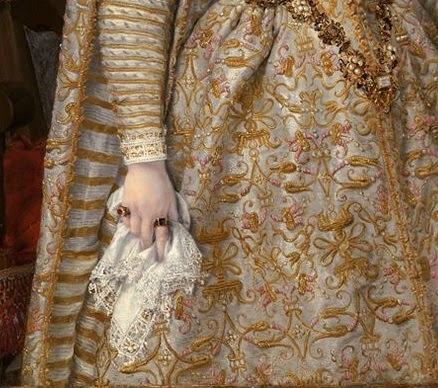 Of body small.
Of power regal,
She is, and sharp of sight ;
Of courage hault
No manner fault
Is in this Falcon White,

In chastity,
Excelleth she,
Most like a virgin bright:
And worthy is
To live in bliss
Always this Falcon White. 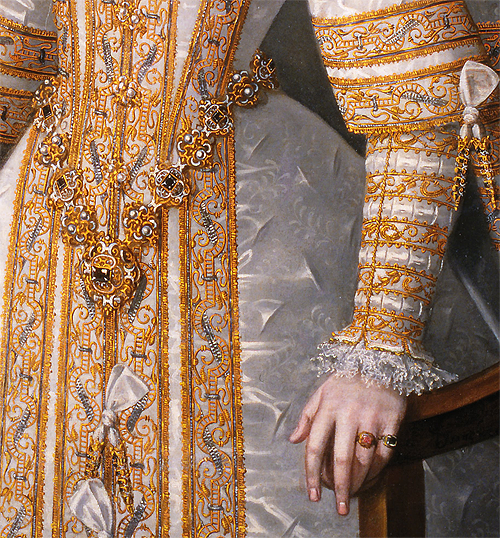 Anne was presented with gifts, like purses filled with gold coins, and poems were read, praising her virtues. Allegorical plays praised her virtue. She was the new queen Esther, banishing the wicked Vashti and leading her people into a new era of prosperity.

It must have been exhausting, this three-day non-stop whirlwind of festivals and feasting, especially since she was six months pregnant at the time, but Anne always managed to hold her poise during public appearances.

Despite the fact the Boleyn marriage was not universally popular, there was a huge turnout for the festivities. How could there not be? The people of the age delighted in any excuse for a party, and Anne's coronation had been declared to be a nation-wide holiday. Various chroniclers note a lack of enthusiasm for cheering the new queen or some rudely mocking it, but those appear to have been the exception. Most people seem to have been happy enough to turn out and applaud the spectacle.

At 9 AM, Anne entered Westminster, wearing the purple and ermine robes of royalty. She was seated in the coronation chair that still remains in the Abbey before she underwent the elaborate anointing ceremony and was crowned with the crown of St. Edward.

What was remarkable about this was that Anne Boleyn was crowned as a monarch in her own right. Not only was she the sole royal consort who had ever been given her own, separate coronation ceremony, but she was crowned with St. Edward's crown, anointed, and handed the orb and scepter, just like a king.

The anointing ceremony created a mystical bond with God which lifted her above the earthly judgments of men ... a bit like taking holy orders. There might be those who would contest her title to being Henry's wife, but none could now dispute that she was the Queen of England. Indeed, after Henry annulled their marriage days before her execution, the council debated whether it was even possible to strip her of her title of queen. 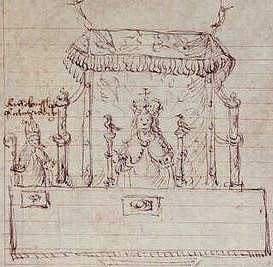 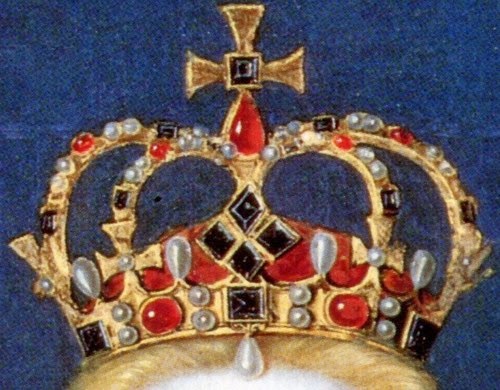 After the Te Deum was sung, Anne Boleyn exchanged the Crown of St. Edward for a smaller, lighter crown Henry had made especially for her. Some believe that this is the crown Elizabeth wore in her coronation portrait. It's strikingly similar to the one Anne wears in the preliminary sketches of the coronation banquet.

Three years later, the cannon would sound again when Anne Boleyn landed at the Byward gate, as the king's prisoner, arrested on trumped-up adultery charges. The next time they fired was when her head left her shoulders, announcing to the king he was free to marry again.

Henry's arrest and execution of a queen consort was astounding, something that had never before been done. Queens who rebelled against their husbands were quietly placed under house arrest in their palaces, or sent to a convent. To do such a thing to an anointed monarch, someone above the judgment of earthly men, was a violation of the sanctity of monarchy itself.

But Henry wasn't thinking of such things in his eager rush to rid himself of the wife he had come to despise.