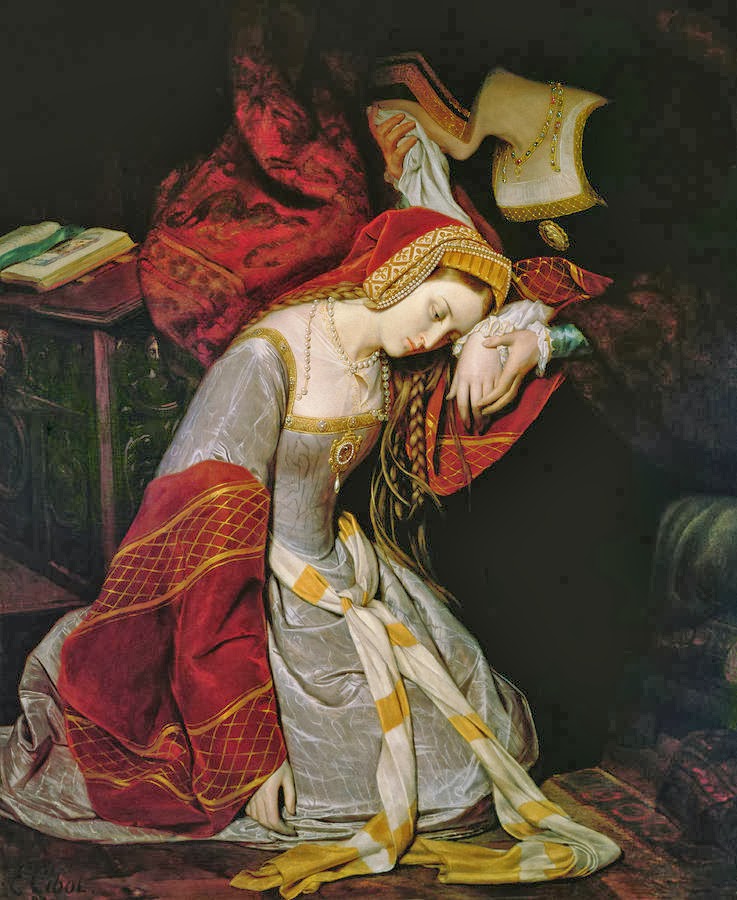 That morning, Anne Boleyn expected to face the executioner. She had spent the previous night in prayer, and at dawn, she gave her last confession, calling her jailer, William Kingston, to witness her swearing twice on the host that she had never committed adultery. For a woman as religious as Anne, and expecting to meet her Maker in a few hours, this was extremely significant, and is proof of her innocence. She never would have damned her immortal soul by lying on the host.

Nine AM came and went. Anne called again for Kingston and he told her the execution was to going be delayed until noon. Anne must have taken a deep breath at that, and settled herself back into prayer. She had steeled her courage to keep her going through the long night until morning, and now she had to find the strength to continue for another three hours.

The reason for the delay was that a great number of Anne's supporters and curious onlookers had gathered at the Tower, along with a number of "foreigners."

Kingston wrote to Cromwell about their concerns:

Sir, yf we have not anowre serten [as it may] be knowen in London, I thynke he (sic) wilbe bot few, and 1 thynke [a reasonable] humbure ware best, for I suppose she wylle declare hyr self to b[e a good] woman for alle men, bot for the Kynge


[If the hour is not known publicly for certain, the numbers may be fewer, which would be best, for I think she will declare herself a good woman for{untouched by}  all men but the king.] 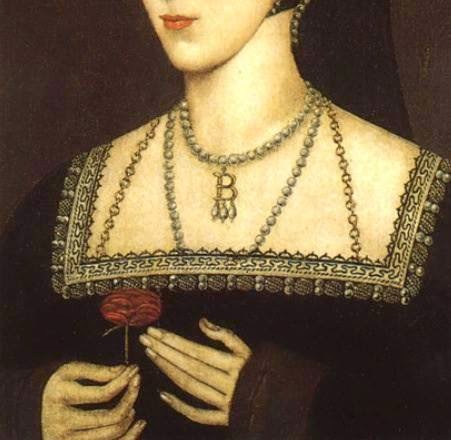 They were terrified Anne would buck tradition and proclaim her innocence in front of the crowd, and her words would spread to foreign courts. The king would be furious if that happened, and Kingston was probably afraid he would be blamed for it. The best they could do would be to try to keep the crowd small and try to prevent anyone from a foreign court from attending to try to keep her words from spreading.

On the morning of the 18th, the crowd was shooed from the Tower. When they continued to mill around the gates, waiting, the execution was deferred to the following day. No announcement was made, hoping the crowd wouldn't show up if they didn't know the time.

Noon passed. Anne called for Kingston again and he revealed the execution had been delayed until the following morning. Anne was shaken. She was in an agony of uncertainty, not knowing if the king would pardon her or go through with the execution. She said she'd thought to be dead by now and past her pain.

Kingston misunderstood. He thought she was afraid of the physical pain of execution. He assured her the sword stroke would be very "subtle."

Anne, on the fine edge of hysteria after being awake for more than 24 hours, began to laugh. She said she'd head the executioner was very good and she had a "lytle neck."

Kingston thought her demeanor was odd. He wrote that he had executed many people, but never one who had such "joy and pleasure" in death. Anne was eager for it to be over. One way or the other.